One of the best ways to see the many historical sites and cultural landmarks that Egypt has to offer is on a Nile River Cruise. You’ll be taken back in time 5,000 years to the time of the pharaohs, to the era of the great pyramids, and to the realm of the Egyptian gods Ra and Osiris. When you sail down the Nile, you become part of a vast tapestry of history, mystery, and the rise of civilization. From the Valley of the Kings, often called the “gateway to the afterlife,” to modern-day Cairo and the Egyptian Museum, considered by many to be the greatest museum in the world, is a short cruise away.

The Pyramids of Giza, the last of the ancient Wonders of the World to survive to the present day, have been a defining sight in Egypt throughout the centuries for their sheer spectacle and incredible engineering feat. The royal tombs were constructed to last forever, and their continued existence after more than 4,500 years is a tribute to ancient Egypt’s building skills.

Welcome to one of Egypt’s most impressive landmarks, Abu Simbel, marked by four colossal statues that stand guard at the entrance. The main temple of Ramses II is illuminated by the sun twice a year, once on Ramses’ birthday and once on his coronation, to demonstrate the strength of ancient Egypt to Nubian and its southern neighbors.

When the Pharaohs were at the height of their power, they made their capital in what is now Luxor, which dates back to 1392 BCE and is a treasure trove of ancient temples, buildings, and statues. The Luxor Temple and the Karnack Temple, located on the east bank of the Nile, have earned the area the nickname “open-air museum” due to the incredible wealth of archaeological treasures it contains.

The Valley of the Kings

The Valley of the Kings is a highlight of the itineraries for many of our Nile river cruises that begin in Luxor. It was used as a burial site for pharaohs of the 18th, 19th, and 20th dynasties of Egypt, making it one of the country’s most famous landmarks alongside the Great Pyramids of Giza. The valley itself contains 63 tombs, the most famous of which is Tutankhamen’s, which was discovered by Howard Carter in 1922.

Karnack is the most magnificent and extensive ancient Egyptian temple, second in size only to Angkor Watt in Cambodia. The Hypostyle Hall is an architectural marvel, with 134 enormous columns rising to a height of 80 feet and decorated with intricate hieroglyphics; if you look closely, you can still make out traces of the original paint and colors. Believe it or not, this is where history’s first peace treaty was signed, between Ramses II and the Hittites.

Start and end your Nile river cruise in Cairo, Egypt’s exciting and vibrant capital. Despite the city’s abundance of purportedly historical attractions, the Egyptian Museum stands out as the undisputed highlight, a veritable treasure chest of ancient Egyptian artifacts. The famous Royal Mummy room is open to the public for a nominal fee. Many Hollywood productions have used Cairo as a location.

Thanks to the Luxury Nile cruise, you can visit these top places and many other historical places as well.

Wed Jun 29 , 2022
If there is any place of pure and natural beauty on earth, then there is no other place compared to that of Sri Lanka. The hotels in Sri Lanka are absolutely Sui Generis. The beauty, the pristine clear waters, the greenery, the land, the smell of the land, the neatness […] 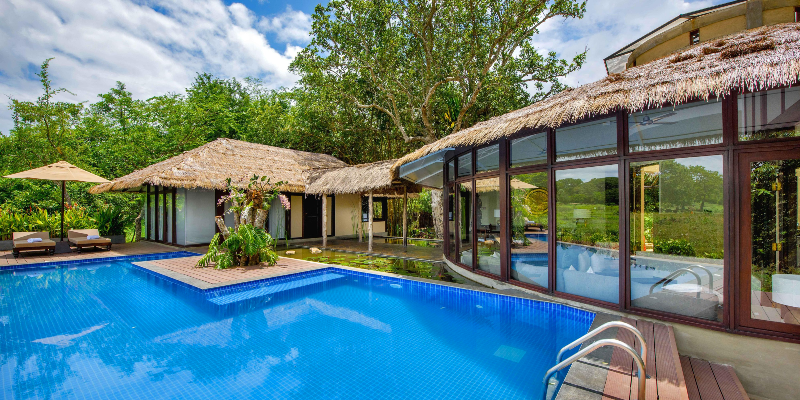